Since the Supreme Court’s Roe v. Wade decision in 1973, millions of innocent children have been killed by abortion. Not only are children the innocent victims in the scourge of abortion, but their mothers are also often left hurt and broken after a procedure that is touted as safe. Mayela Banks was only 20 years old when she got a positive pregnancy test. When she went to get an abortion, she never saw a doctor before or after the procedure.

“I was taken to a large room filled with other women and told to undress and lay back on the bed. When I asked for the doctor, I was told he would be along in a minute. I was given a drug that completely numbed my body. It felt like I was bound and locked in a dark room. I don’t remember the pain of the abortion as well as I recall the sounds. Now I know what I heard was the sound of the suction machine as they tore my baby to pieces inside of me. Lying on the bed paralyzed and unable to move, I thought I heard my baby scream. This is when the mother in me woke up. This is the moment I knew this was a baby—my baby. I remember screaming for them to ‘STOP!!’

To this day, I don’t know if they heard me or if it was all in my mind. Too late, I learned what an abortion really is.” 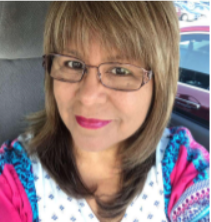 Mayela developed a serious infection after her abortion and had to go to the emergency room. After the infection, she experienced painful cramps and passed what looked like the remains of a baby in the toilet.

Marnie Bello found herself scared of judgment after getting pregnant soon after getting married and starting a career. The former valedictorian decided to go to an abortion clinic for the abortion pill.

“Without any information on fetal development or the life inside of me, the counselor assured me it’s normal for women to take the abortion pill. She eased my worry with the promise of my two desires—I would feel better and be able to move on with my life.”

Marnie took the first pill at the clinic, and then went home.

“I paid the $400, took my first pill, and walked out, like the rest of the women with their brown paper bags. The next night I swallowed the second round of pills. A couple of hours later I was in my apartment gripping my stomach in agony. Huge blood clots, cramps, and excruciating pain overtook me as I spent the rest of the night in the bathroom bleeding and crying on the floor and hunched over the toilet. At one point I passed what I thought to be my baby and I wailed out in both fear and pain. No one told me how intense the pain and bleeding would be.” Marnie’s abortion haunts her to this day.

“The devastation and darkness of abortion stole my baby’s life, my life, my joy, the health of our marriage and my mind, and a sibling from my children. The unspoken consequences of abortion are far greater than I ever could have imagined. As a post-abortive woman, I know Jesus offers healing and the hope of meeting my child in heaven. As a woman who [has] faced unwanted pregnancies, the lies and aftermath of abortion were far darker than the temporary fears of my unknown pregnancy. Abortion hurt me.”

Abortion has two victims: an innocent baby and a mother. Abortion hurts women. This cruel and damaging medical procedure must end. Women deserve better. It is time for our nation to protect women and children and end this crime against humanity. Visit www.themoraloutcry.com to learn more about The Moral Outcry movement and petition to overturn Roe v. Wade. This original blog post was written by Olivia Briscoe, a pro-life journalist and media professional. All rights are reserved. Please email The Justice Foundation and The Moral Outcry media team at media@txjf.org for interview requests or reprint permission.